Check out how MeteorCalc SL improves from version to version.

The "Used Units" command has new opportunities and new dialog-window.

The "Update Data" command has new opportunities and new dialog-window.

The "DPB Data" dialog-window has new options for viewing data of feeders.

MeteorCalc saves the results of the last three calculations. Using the "Object Data" command and selecting a block of results, the user can view the history of calculations at the corresponding node or line.

The user can customize the colors of different objects of models using the "Program Options".

The user can select the mode of a DPB prefix: don't use the prefix or automatically add prefix to the of distribution panel board name.

The Help system has been significantly expanded. The new sections "Model objects and their secondary objects" and "Support and troubleshooting" have been added.

New command MTR-SL-GET-EXAMPLE opens a dwg-example localized to the cable database installed for your location.

New opportunities in the "Power Cable Data" dialog-window If you open a drawing that contains a network model created in another regional standard, it is possible that the selected cable section has data assigned, but the description for such cable type is missing in the cable database installed for your location.

The dialog-window responds to such a conflict by showing object data in the read-only mode and indicates the "Unknown Cable Type" message. Since the version 3.1 you can easily replace an unknown type with a similar cable type from the installed database.

You can replace types for one or more cable sections at once. Cable formulas and cable cross-sections remain unchanged during cable type replacement.

New power supply source. The "Startpoint" is a special object for connection to low-voltage distribution feeders modeled by the MeteorSpec-NETWORK software. The new block is included in the template of the version 3.0.

New command "Links Manager" Now you can detect, check, change color or delete not only cable markers, but also blocks of calculation results.

New ability in the Data Library Now you can find and view data of all the luminaires used in your Data Library. For any new or editing street lighting unit data of previously described luminaires can be quickly inserted.

A scheme block can have new attributes for data of protection devices and internal wiring in street lighting poles. For details refer to the Help chapter > How to use MeteorCalc > Output > Scheme Blocks.

Updated scheme blocks with new attributes are available in a template file supplied with the MeteorCalc SL.

New messages for specifications and feeder calculation commands. There are cases when some elements of a street lighting model are left without assigned data. If a street lighting feeder contains blocks of SL-units or cable lines without data, the MeteorCalc offers to mark these blocks by fixed auxiliary markers around blocks and/or change color of polylines. Now the user can easily find such objects in the drawing and assign data for them. 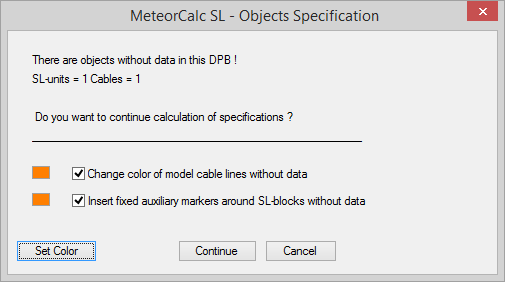 Markers are drawn on the auxiliary layer "mtr-calc-sl-aux1". You can always delete them manually or using the "Audit Model" command.

For details refer to the Help chapter > How to use MeteorCalc > Output > Scheme Blocks.

For details refer to the Help chapter > How to use MeteorCalc > Output > Draw Scheme.

The main difference between version 1.0 and 2.0 is that MeteorCalc SL is now multiplatform. Supported CAD platforms: AutoCAD and most vertical products, BricsCAD and GstarCAD.

The "Cable Markers Manager" command was added. Now you can refresh data of all cable markers on the current tab and indicate updated markers. This very useful command checks data and length of each cable span, finds corresponding cable marker and updates it. Also this command allows to detect and delete invalid cable markers in the drawing. 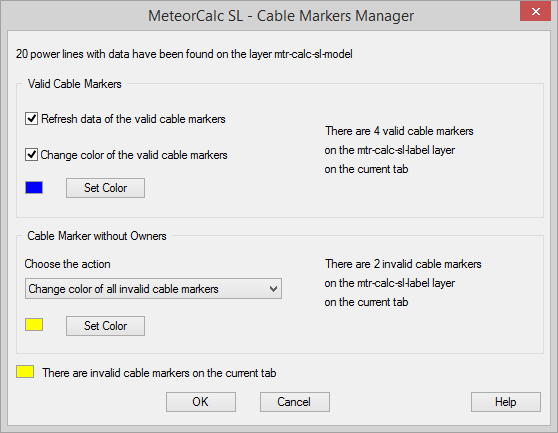 New category of specifications. The version 2.0, in addition to all the general specifications of the equipment, will help you to calculate in one click the total length of the cable tracks, separately for underground cable laying and for overhead lines. 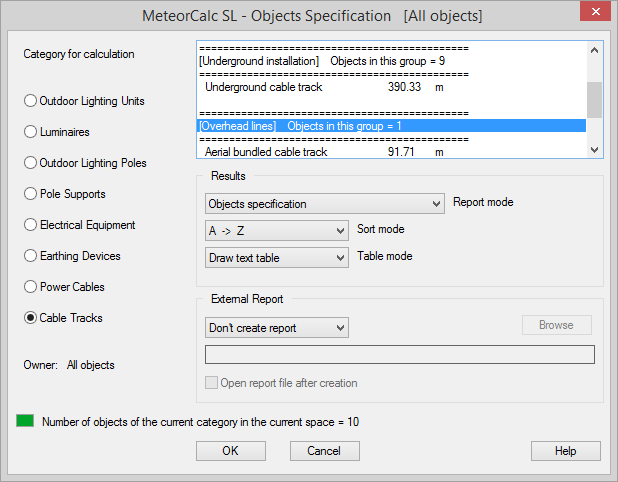 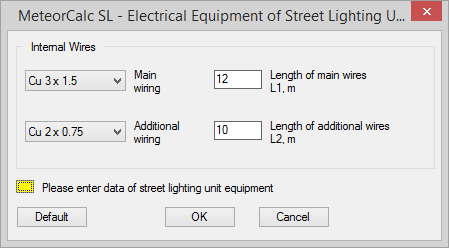 Tested in AutoCAD 2018 Tested in BricsCAD

Cable designations on schemes, specifications, explications and cable markers were enhanced with a few new options. There are three cable designation modes:

You can use the modes 2 and 3, when usage of real cable brands is undesirable in the project. Refer to "Program Options" -> "Cables and SL-Units" panel-> "Cable designation mode" popup list. 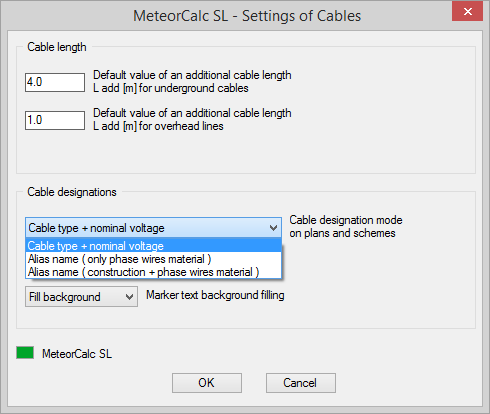 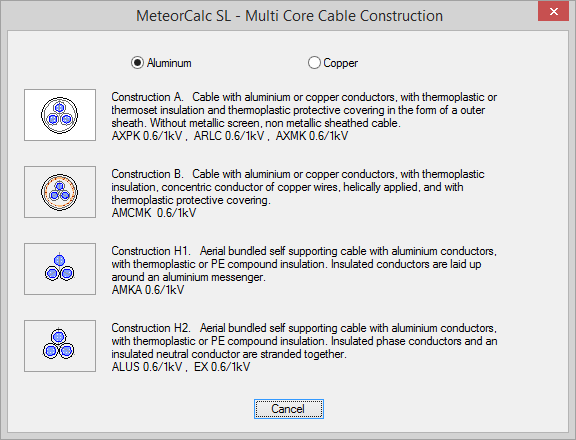 New "Import SL Cables" command was added. This command allows to import cable lines from Xref or from selected layer of the current drawing. The command works in the semi-automatical mode, drawing a polyline from a block to a block.

New types of traverses and arms are added into "Floodlight Masts" category.

Now you can set the default value of Z-coordinate for each drawing individually. Refer to "Program Options" -> "Drawing Settings" panel. 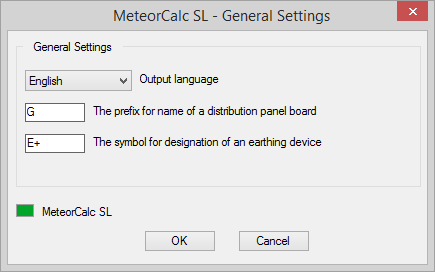 The "Color Feeder" command was added. For better readability of the model, cables of street lighting feeders can be painted in different colors.

Now you can set the default value of cable additional length separately for underground cables and overhead lines. Refer to "Program Options" -> "Cables and SL-Units" panel.

The "Audit Model" command was added. The "Audit Model" command helps you to detect and fix elusive errors of a street lighting model structure. (This command repairs the feeder structure if a feeder has following errors: two or more cable polylines are copied on top of each other; two or more street lighting units blocks are located at the same insertion point; there are cable polylines with a zero length).